I’m quickly sneaking on my computer right now because I want to commemorate the last year of single digits for my oldest child. She turned 9 today: 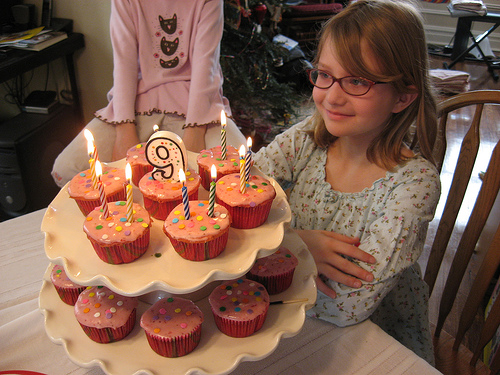 I’m predicting nine to be an age of change. My only evidence is in the gifts we gave her today: she still got a couple of toys that she was uber-excited to get (a snap circuits electronics set and a fashion design kit), but this was also her first birthday in which I gave her an outfit and her response was, “Ooooo, it’s so adorable!” Changes, I tell you.

We were given some free passes to Incredible Pizza, which was very fun (we couldn’t have gone without the free passes, as it’s pretty pricey, but as it was we got four adults and one child in completely free and only had to pay for three kids). We were also given $40 worth of game money, so the girls were pretty pumped about that. I also played my fair share of Skee-ball and, ahem, Dance Dance Revolution: 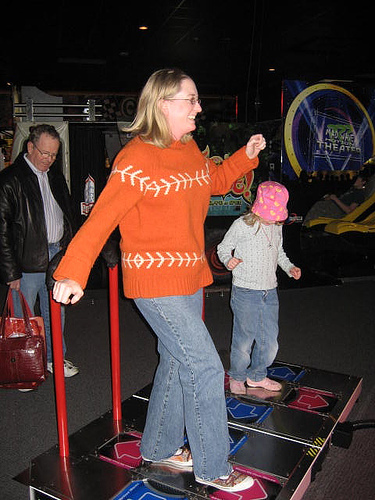 Don’t say I was never transparent here on my blog. And don’t be fooled – I look like I know what I’m doing (snicker), but I lost pretty fast. I now sort of want one for my home. Yes, I’m weird like that.

My dad’s favorite part was this car: 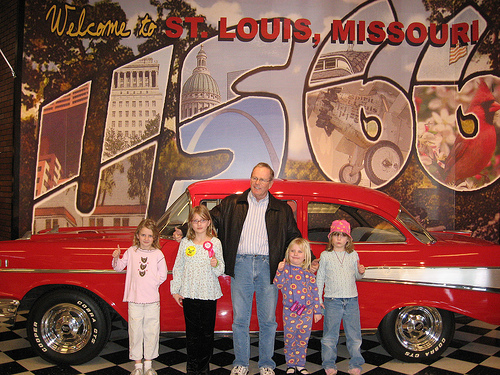 We had a fun day and I think Maddie was honored. Happy Birthday, Sweetie.

20 thoughts on “Her Last Year of Single Digits”