I eventually stopped asking, but started sitting on the front row of every class and also pulling my chair up about 10 inches from the board whenever I had to copy something down. It never occurred to me this was abnormal behavior. My 7th grade science teacher, however, did. She called my parents and soon I was sporting this stylish addition to my 1987 wardrobe:

You are jealous, aren’t you? I know you are.

But it was so amazing to now see what for years had been normally out of focus. It restores some literal meaning to viewing life from a new perspective.

Fast forward a couple of decades. I have four girls and we homeschool, so the opportunity to pull one’s chair up 10 inches from the board really doesn’t exist. But when at a routine well-child check the doctor suggested I take my oldest who was then 8 in for an eye check, I made the appointment immediately. Survey said? Glasses.

Two years after that and we added daughter #2 to our collection of glasses-wearers in our family.

One thing I learned from the past is never assume a child is wanting glasses just because a sibling also has some. We went in to the eye doctor right away, and also had the other two checked again.

Daughter #3 really doesn’t need glasses. Yet. But she wasn’t lying when she said she’s had some trouble. Her eyes really are beginning their inevitable inherited decline, but it isn’t far enough yet that she needs any wire-rimmed help.

But I did discover this: 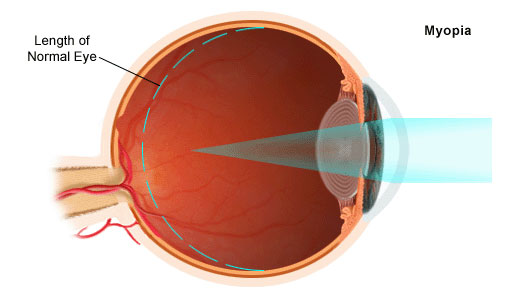 The eye doctor gave me a chart that explains the Optical Focusing Units:

He then took my glasses and figured out where I am on the chart. I’ve been told in the past I have 20/400 vision. He told me I’m a 5 on the scale, which I’m assuming is equivalent to 20/400. Seriously – I can’t see squat without my glasses. Heaven help someone who is a 7 or 8. I presume 10 equal to blindness? I don’t know. Anyone know?

So, all that to say this: I’m glad we went in to the eye doctor yesterday. I’m glad to have a point of reference for Katie for when she goes back again next year. I’m glad to know Maddie needs a stronger pair.

Your kids may not really need glasses, but peace of mind is worth the hassle of finding out. And if they do, you will save them years of seeing the world through a clouded glass.

Trust me on this.

5 thoughts on “Suddenly I See”