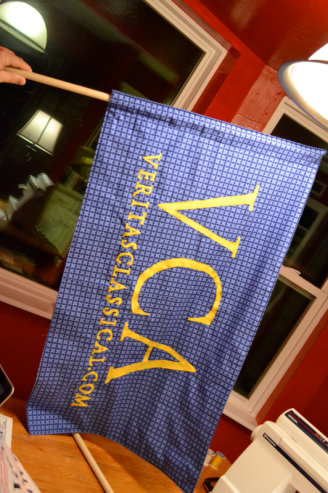 We’re quickly approaching the one-year mark since we moved from St. Louis to Oklahoma City. I kind of expected us to be panting toward the finish here, with three weeks left, but it seems as though maybe, just maybe, we’ve finally found our groove.

It’s been a crazy year, to be sure. Lots of transition and new everything. Our girls, while missing life and those who live it back in St. Louis, have embraced life here in OKC pretty well. We never expected them to meet their new BFFs during our first year here, but they’ve all made pretty good friends and for that, we’re grateful.

It’s been eleven months and I’m finally starting to show signs of settling – you know, things like deciding on a doctor and actually getting records transferred and all that. The girls all have well-checks scheduled in the next two weeks and all our paperwork from STL is in the new doctor’s hands. Whew! I still don’t have curtains on 95% of our windows, but I’d say 75% of the house has been repainted. I’ve moved my sewing station about 5 times since we’ve been here and think I’ve *finally* landed on where it will be from here on out. It’s little, that kind of stuff, but oh so big.

We’re in the process of gearing up for another blazer of a summer and I’m doing my best to convince Craig we need to sell off a third of our house in order to pay for a swimming pool. *grin*

Last summer was all about moving, unpacking, doing math (LOTS of math), being lonely, being hot, and just, well, being. This summer will take on it’s own kind of crazy and I think I’m about ready to experience that.

Chloe isn’t wanting school to end and when I questioned her on it she said it wasn’t really even about the friends. She wants to keep learning over the summer.

I told her I could help her with that.

So we have some plans brewing. Plans involving some travel, some learning, more blazing hot, and hopefully more friends.

It’s going to go quickly, but we’re ready for it.