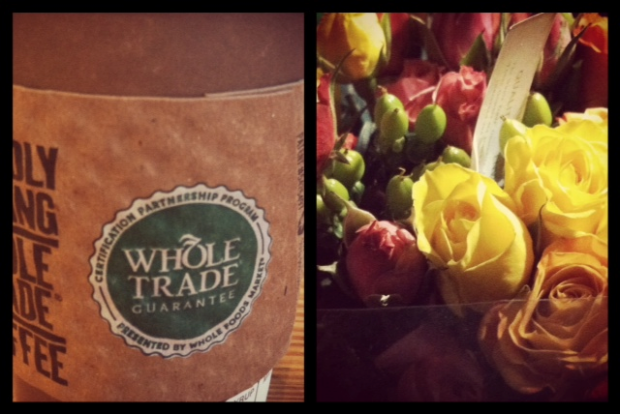 Well, if there was ever a day I considered throwing in the foster care towel, today was the day. From the moment the boys woke up this morning until the moment they…well, they *still* haven’t gone to sleep yet and one is still trying to convince us that he’s about to be eaten by tigers in his room and I know for a fact that there are no tigers in his room. It’s been *that* kind of a day. The kind of day in which the sticker chart we have for rewards and consequences meant NOTHING to them. The kind of day where time out in the living room chair was met with a defiant laugh. The kind of day where if I had a padded room I would have locked both boys in it and called it a day. Or I would have locked myself in it and called it a day.

Maddie and Chloe had another MASS rehearsal tonight and Craig sweetly offered to take them to it, but I pretty much insisted that I do it. I needed to get out of here. I dropped the girls off and went to Whole Foods for an hour. I drank a Dark Chocolate Mocha at 7:30pm. I stared at all the pretty hipsters shopping for organic catnip. I considered for just a few moments how in the world we got to where we are right now. I despaired for a bit. I bought myself flowers.

If I’m to be quite honest with you, I think I’ve lost my biblical call to foster care and have been operating more out of a social justice call. There might not seem much of a difference to you, but to me there is a huge one. A social justice call to action says *I* need to do something. *I* need to take action. *I* can do it myself. A biblical call to action says *God* needs to do something. *God* needs to take action. *God* is the one who does it. And perhaps He does it through us, but the lines of responsibility are clear – *I* can not do it. And deep down I know that, but on the surface I haven’t been acting like it.

The tiger cries have now died down and my 7:30pm caffeine buzz is tempering a little. I will go to bed and we will all try again tomorrow. And I will get down on my knees and beg God for mercy, like I should have been doing all along, because this gig? It’s not one that anyone can really do alone.

It was never meant to be done alone.